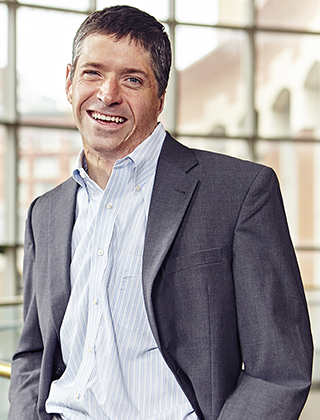 In 1987, John O’Leary was a curious nine-year-old boy. Playing with fire and gasoline, John created a massive explosion in his home and was burned on 100% of his body. He was given 1% chance to live.

This epic story of survival was first showcased in his parents’ book, Overwhelming Odds, in 2006. Originally printing 200 copies for friends and family, his parents have sold 60,000+ copies, most in back-of-room sales at John’s speaking events. It was this book that first invited John to embrace his miraculous recovery and share it with the world.

John inspires 50,000+ people at 100+ events each year. He speaks to companies and organizations across industries, such as: sales, healthcare, business, safety, marketing, financial services, faith, education and insurance.

Consistently described as “the best speaker we’ve ever had,” John receives 100% of his engagements from referrals. His schedule is a testament to the power of his message and who he is as an individual. His emotional story-telling, unexpected humor, and authenticity make each of his presentations truly transformational.

John’s first book ON FIRE: The 7 Choices to Ignite a Radically Inspired Life was an instant #1 National Bestseller; 30,000+ copies sold in the first 3 weeks. John is a contributor for The Huffington Post and Parade Magazine website and has an online community of 75,000+.

John considers his greatest success to be his marriage to his wife Beth, their four children and his relationships with friends and family.

Keynote : The 7 Choices To Ignite Your Radically Inspired Life

We live in a world where “accidental living” – mindlessly moving through routines, wasting countless hours on social media, or complaining about what’s wrong in our jobs, families and society – More

© 2001-2018 CPA.com All Rights Reserved. CPA.com and the CPA.com logo are trademarks and service marks of CPA.com.
All other trademarks are the property of their respective owners.
1211 Avenue of the Americas, 19th Floor, New York, NY 10036-8775.
Terms and Conditions | Privacy Policy
To learn more about our solutions, please call 855.855.5CPA